Zabilski has led the local Society of St. Vincent de Paul for the past 25 years. Zabilski will succeed Piper Trust President and CEO Mary Jane Rynd, who will retire but will continue to serve the Trust on its Audit and Investment Committees at the Board’s request. Rynd joined Piper Trust in 2001 as its first CFO and then Executive Vice President; she became President and CEO in June 2018.

Zabilski, the long-time leader of The Society of St. Vincent de Paul, has made an enduring mark in this community due to his years of business experience and ability to serve with compassion and dignity. He helped to greatly advance the mission and services of St. Vincent de Paul including doubling its health clinic space to provide treatment for more people, operating dining rooms that provide meals 365 days a year, and establishing a transitional shelter and resource center. Before his career at St. Vincent de Paul, he was a Senior Vice President with Transamerica Insurance Group and an audit manager of KPMG Peat Marwick. 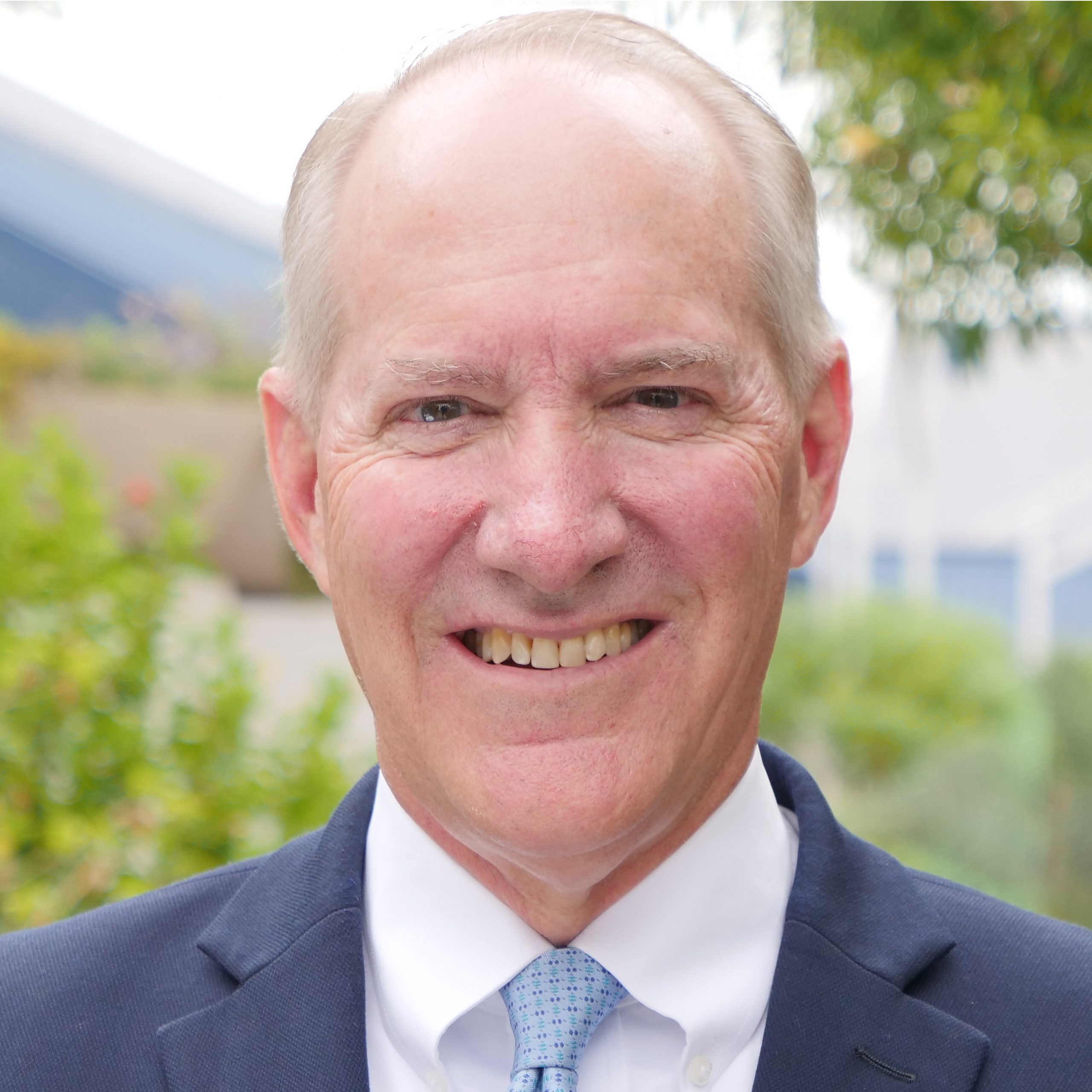 “When Mary Jane shared her retirement plans, Trustees discussed the character and experience that would be needed by her successor—someone like Mary Jane, who would lead with the right temperament to direct and motivate the staff, have a deep understanding of and care for this community, and carry on the directive and mission of the Trust’s founder, Virginia Piper,” said James D. Bruner, Trustee of Virginia G. Piper Charitable Trust, speaking on behalf of the Board. “After much deliberation, we [Trustees] looked down at the end of the table and realized that just the right person was sitting with us—Steve Zabilski,” said Bruner.

“It has been a great blessing to serve as a Trustee of Piper Trust for the past 17 years, and now, I am truly humbled to accept this new role for the Trust,” said Steve Zabilski, incoming President and CEO of Virginia G. Piper Charitable Trust. “As I am coming from an organization that has been a recipient of the Trust’s generosity, I feel I can add insight about what it is like to be a grantee and partner, and I am honored to further advance the Trust’s efforts underway that the Trust’s previous CEOs have led.”

President and CEO Mary Jane Rynd said, “Steve is the natural fit to take the helm of the Trust at this critical time in our world’s history. His experience and true servant leadership will be transformative for the Trust and Maricopa County. I am so proud of all we have accomplished during my leadership of Piper Trust, and especially during the recent trying times due to the pandemic and serious social unrest. Steve will bring new perspective and energy to the Trust’s mission.” 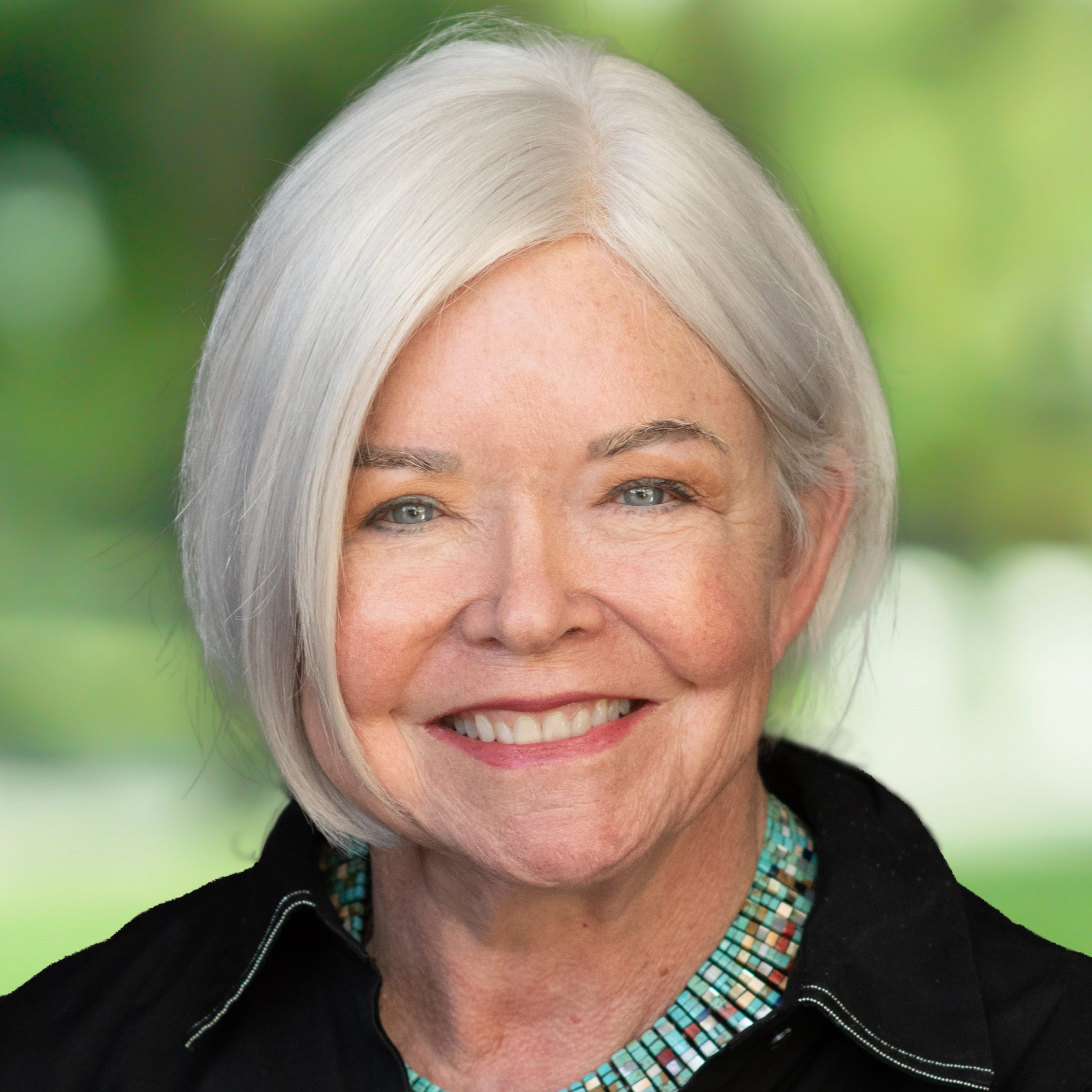 Before joining the Trust, Rynd was a partner at KPMG, and a founding partner at Rynd, Carneal & Ewing. She also worked with Virginia Galvin Piper, serving as her tax advisor, and helping her establish a charitable legacy.

“Mary Jane has been involved in every significant decision of the Trust, even prior to her appointment as President and CEO, and Trustees are totally indebted to her for her leadership and strong stewardship of the Trust. As continuity is principle to the Trust’s operation, we are honored that Mr. Zabilski agreed to accept this offer from the Trustees. The Trust and the community will be well served by his leadership,” added Bruner.

In line with the Trust’s dedication to strengthening its future and building its next generation of leadership, Trustees also felt the time was right to expand the Board, and they are thrilled to welcome the three new Trustees, Lori Higuera, Paul Mulligan, and Ed Zuercher, effective September 1, 2022.

Laura Grafman, a Trustee and long-time close friend of Virginia Piper, recalled, “I had the great good fortune to see firsthand Virginia’s deep commitment to our community and to her philanthropy. As we all read with great excitement today about the new talent joining the Trust and the Board, it is clear to see Virginia’s values. Humility, compassion, and gratitude are reflected in incoming President and CEO, Steve Zabilski, as well as in the three new Trustees, Lori Higuera, Paul Mulligan, and Ed Zuercher. I believe Virginia would be so proud of these appointments, and of this moment.”

About the New Trustees:

Lori Higuera is the Assistant General Counsel–Employment for Freeport-McMoRan, a leading international mining company headquartered in Phoenix, Arizona. In this role, Higuera provides legal advice and policy guidance regarding the resolution of labor and employment matters; ensures compliance with laws and regulations; provides subject matter expertise on key employment policies; and develops solutions to employment-related matters. Before joining Freeport-McMoRan in 2015, Higuera was a partner with the law firm of Fennemore. 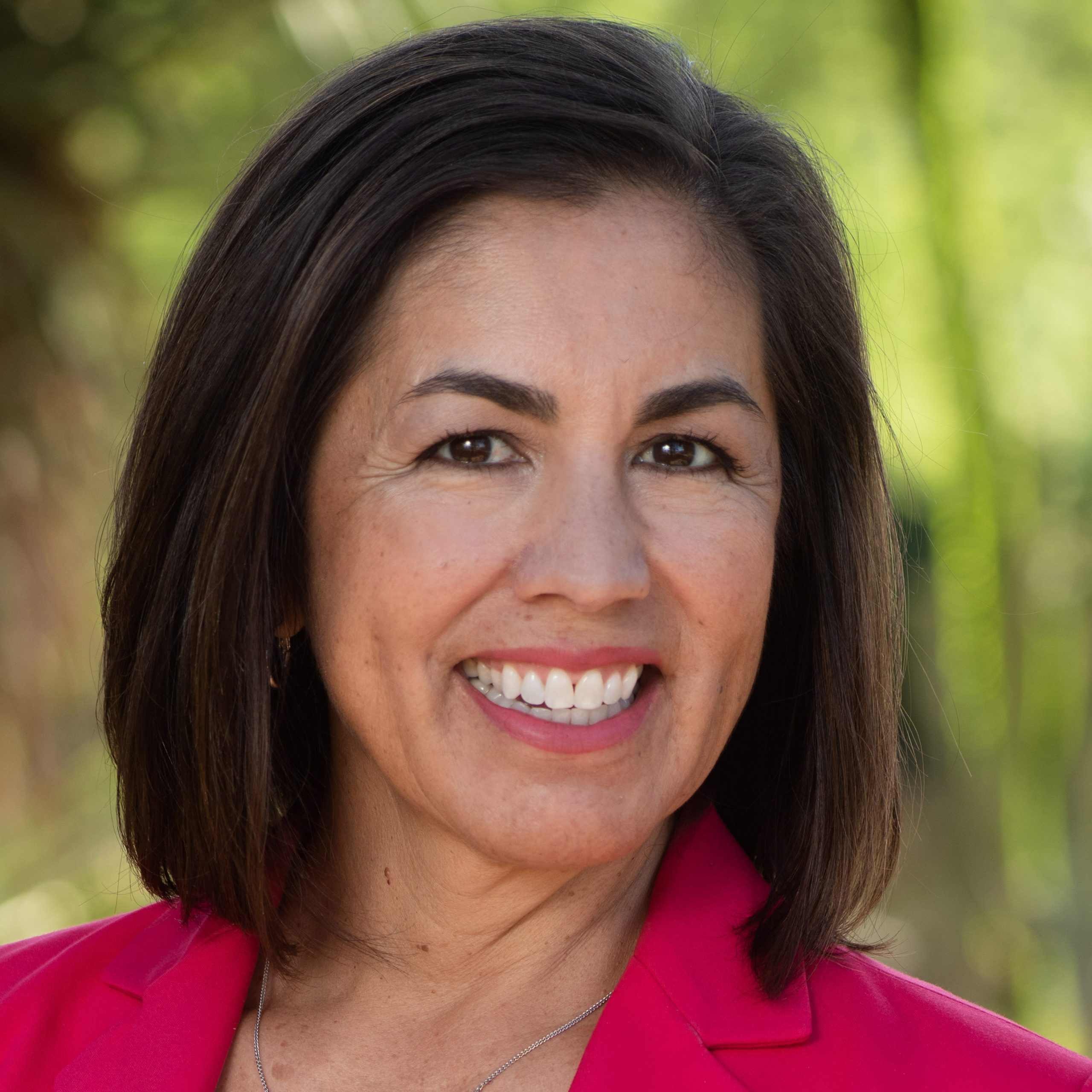 Higuera is an accomplished leader in the business and community service space. She commits time, thought, and energy to the Arizona Hispanic Chamber of Commerce Board of Directors, the Desert Botanical Garden Board of Trustees, the Judge Learned Hand Selection Committee,
and State Bar of Arizona’s Social Justice Working Group. Nationally, Higuera serves as a state delegate to the American Bar Association (ABA) House of Delegates, is an appointed member of the ABA Legal Opportunity Scholarship Fund Committee, and is an appointed member of the ABA Steering Committee to the Nominating Committee. She just completed her third term on the State Bar of Arizona Board of Governors. Over the years, she has provided leadership on Los Abogados Hispanic Bar Association, the Arizona Women Lawyers Association Maricopa Chapter, the Children and Youth Advisory Council for the Valley of the Sun United Way, and the Maricopa County Bar Association Young Lawyers Division.

Higuera has received numerous recognitions and awards, most recently being named the 2022 Woman of the Year by the Arizona Hispanic Chamber of Commerce. In 2021, she was inducted into the Maricopa County Bar Association’s Hall of Fame. Higuera received her bachelor’s degree from the University of Arizona and her juris doctorate degree from the University of Chicago Law School.

“I am very honored to join Piper Trust’s Board. I look forward to working alongside the talented staff and Trustees, together with our community partners, to help enrich the lives of and create opportunities for the people of Maricopa County,” said Lori Higuera, Assistant General Counsel—Employment, Freeport-McMoRan.

Paul Mulligan has served as President and CEO of Catholic Charities Community Services since 2014. He is currently the Chair of the Executive Committee for the Council of Diocesan Directors for Catholic Charities USA. He serves in various board and council roles with the Arizona Governor’s Office, Arizona State University, Grand Canyon University, Housing for Hope, and Life Perspectives’ “Institute of Reproductive Grief Care” (San Diego, CA). He completed his role as co-chair of the Diocese of Phoenix Racial Healing & Reconciliation Commission and was recently elected to the Catholic Charities USA National Board of Directors (Alexandria, VA). A fourth-generation Arizonan of Hispanic heritage, Mulligan grew up in Phoenix where he attended K-12 Catholic schools. Mulligan served seven years in the U.S. Navy as a Surface Warfare Officer, spent a decade leading pro-life organizations, and led Catholic Education Arizona (Diocese of Phoenix) for seven years. 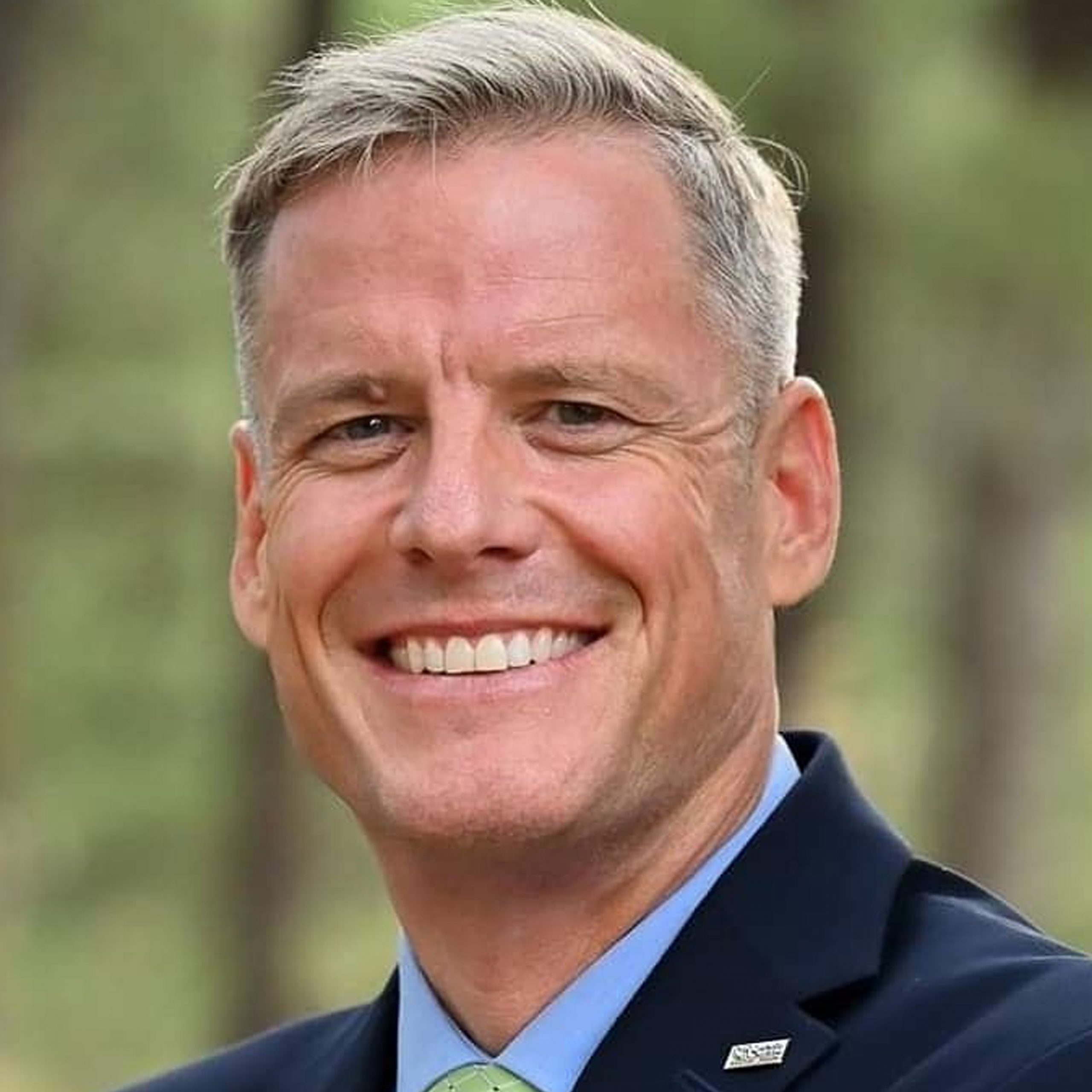 Mulligan holds a bachelor’s degree from the U.S. Naval Academy, a master’s in theology from the Pontifical John Paul II Institute for Studies on Marriage and Family, and an Executive MBA from the W.P. Carey School of Business at Arizona State University.

“It is an honor to have been invited to join the Trustees of Virginia G. Piper Charitable Trust, who have been entrusted with preserving the legacy of Virginia Piper,” said Paul Mulligan, President and CEO of Catholic Charities Community Services. “Catholic Charities has been on the receiving end of Mrs. Piper’s generosity, and I can personally attest to the profound impact she continues to make in our community. I am deeply humbled by this opportunity, and I recognize the great responsibility I will assume to help ensure Virginia’s values are carried forward both now and for generations to come,” said Mulligan.

Ed Zuercher served the City of Phoenix for 28 years, beginning as a management intern in 1993 and culminating as the City Manager from 2013 until October 2021. Phoenix is the largest Council-Manager form of government in the United States, in which the City Manager serves as CEO chosen by, and reporting directly to, the elected Mayor and City Council. Zuercher served in many roles for the City of Phoenix, including as public transit director during the most significant transit expansion in the City’s history, and as light rail administrator, overseeing the City’s development of the nation’s longest initial light rail segment. He also served as Chief of Staff to Mayor Phil Gordon, as well as Deputy City Manager and Assistant City Manager with responsibility for budgeting and public safety. As City Manager, Zuercher began his tenure in 2013 with a $38 million budget deficit. Upon retiring in 2021, he left the City with a $30 million surplus. During his tenure, Phoenix was named the nation’s most innovative city by Governing Magazine (2017) and received 100% scores in the Human Rights Campaign’s municipal equality index. Phoenix was the only city named by Forbes in the top 500 workplaces in 2021. Many saw this as a reflection of his relentless focus on a service ethic embodied in six simple words: work smart, spend wisely, be kind. 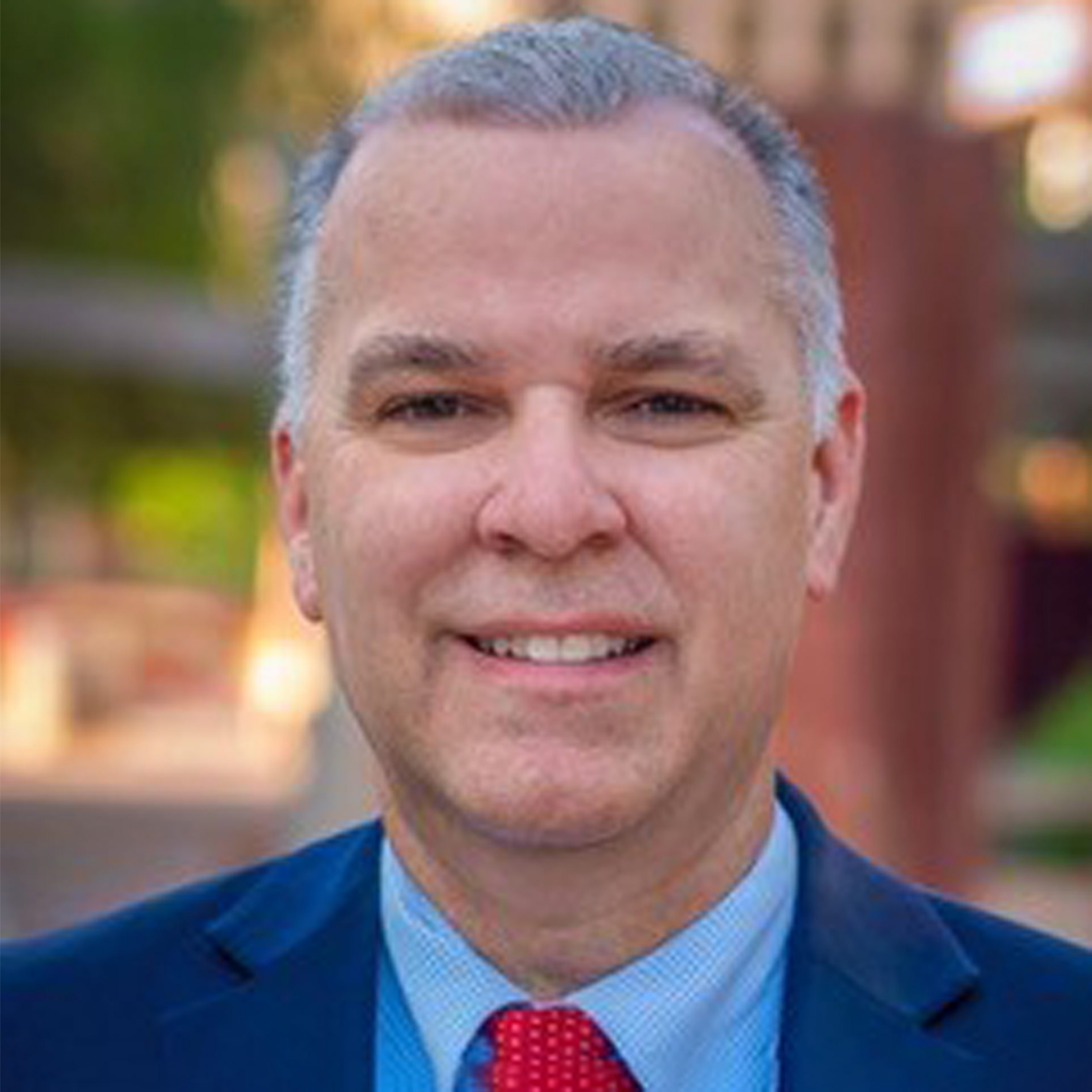 Zuercher joined EY US as Managing Director with the Government and Public Sector (GPS) team in 2022 to focus on local government engagement across EY US/GPS offerings. He was recently appointed by the mayor and city council as a Phoenix Parks & Recreation Board member. He also He holds a bachelor of arts degree from Goshen College in Indiana, and an MPA from the University of Kansas.

“As a committed steward of the Phoenix community, I am honored to be named a Trustee of Virginia G. Piper Charitable Trust. The Trust has an important track record of making Phoenix and Maricopa County a healthier, more livable, and more vibrant community that continues to reflect Virginia Piper’s love for this wonderful place. I look forward to working with the Trustees to further this vision,” said Ed Zuercher, former Phoenix City Manager.

Establishing the Board of Trustees for Virginia G. Piper Charitable Trust

In 1995, Virginia Galvin Piper called a lunch meeting of her four closest confidants—Jim Bruner, her attorney; Paul Critchfield, her nephew; Laura Grafman, her friend and then executive vice president of Scottsdale Healthcare Foundation; and Robert Williams, her banker—at which time Mrs. Piper advised that she wanted to “entrust her Trust” to them. The five of them had a memorable afternoon together planning the leadership transition and they did not meet again. Mrs. Piper did not want to meet again—she had “passed the baton” in full confidence to these four special people. She appointed Bruner, Critchfield, Grafman, and Williams as Lifetime Trustees upon her passing in 1999.

Dr. Art DeCabooter, President of Scottsdale Community College was invited to join the Board due to his long-time working relationship with Mrs. Piper (November 2000); Trustees appointed DeCabooter a Lifetime Trustee due to the passing of Trustee Robert Williams. Dr. DeCabooter passed away in 2019; he served the Trust for 19 years. Four additional leaders were invited to become Trustees over the coming years—Sharon Harper (December 2003), Steve Zabilski (April 2005), José Cárdenas (May 2005), and Judy Mohraz (April 2012). Dr. Mohraz also served as the Trust’s inaugural President and CEO from 2000-2014. Trustees hold unlimited three-year terms.

To read about the life of Virginia Galvin Piper and the Trustees visit Devotedly, Virginia and Virginia G. Piper Charitable Trust Board of Trustees.